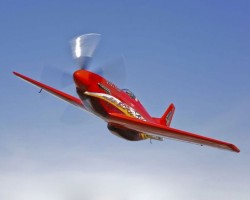 Aviation and history fans will recognize the P-51 Mustang as a North American, single-seat fighter plane used during World War II, the Korean War and many other conflicts. In fact, the P-51 Mustang is one of the most accomplished planes in aviation and military history, having claimed 4,950 enemy aircraft.

Shape Fidelity scanned the P-51 aircraft and used the data to develop CAD models of the components and the complete assembly. These models were then used for an array of tests including virtual wind tunnel analysis, aerodynamic studies, continuity, stress analysis and more.

SCOPE OF CERTIFICATION: Provision of 3D scanning and inspection services to government, aerospace, and commercial organizations.